New Rochelle is home to many great people from history, but one of our former neighbors is at the top of the list: Ben Ferencz. The city Thursday honored Ferencz, who is 102 years old, by naming a street after him.

Ferencz’s impressive legacy includes being an investigator of Nazi war crimes after World War II and chief prosecutor for the United States Army. Ferencz oversaw one of the most famous murder trials in history: the Einsatzgruppen Trial in Nuremberg, Germany. He has spent his life as an advocate of the international rule of law and the International Criminal Court.

At New Rochelle High School, two senior class electives this year offered a unique opportunity to step inside Ferencz’s legacy. “Political Issues Through Film” with Kristin Saglibene and “Facing History” with Richard Dower both incorporated Ferencz’s life’s work into their curriculums. Students viewed a movie about Ferencz and many wrote personal letters of appreciation before the street-naming event.

“We continue to be awed by the fact that this man from New Rochelle was in the room at the Nuremberg Trials and prosecuted dozens of Nazi commanders,” Dower explained. “Working together, Ms. Saglibene and I were able to reinforce the power of living history. This was a bridge between the local and international. This was an unmissable opportunity for our students.”

Seniors Carys Nardozzi, Jeycof Carrion, Navid Torres, Diego Mungia, and Daniel Lopes attended the street-naming event. “It really was like being a part of history,” said Carrion. To learn more about this local hero, the film “Prosecuting Evil: The Extraordinary World of Ben Ferencz” is available on select streaming services, or visit benferencz.org. 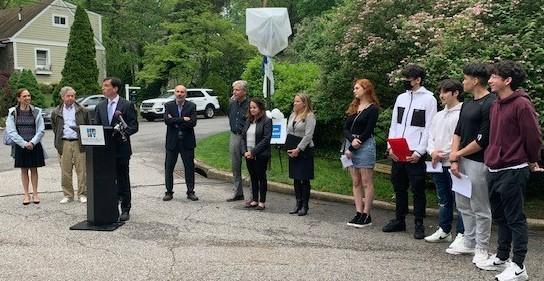 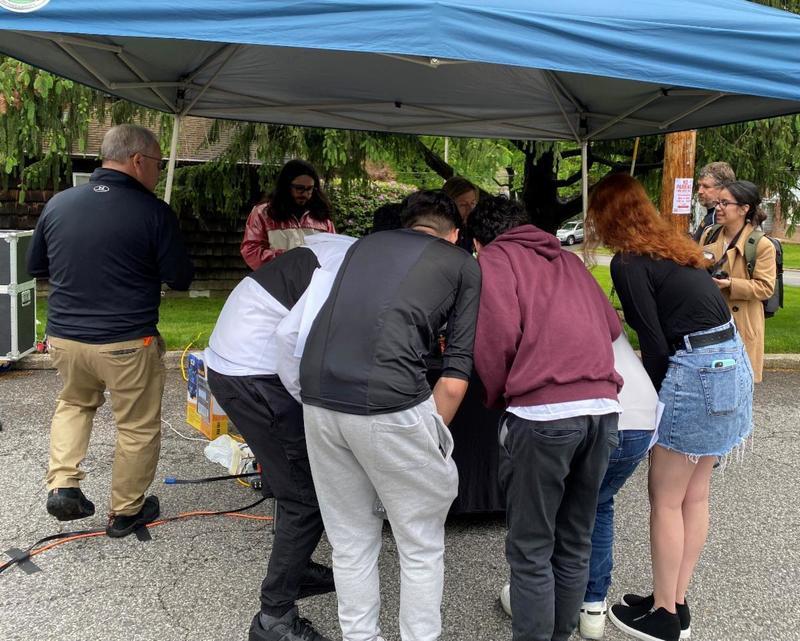