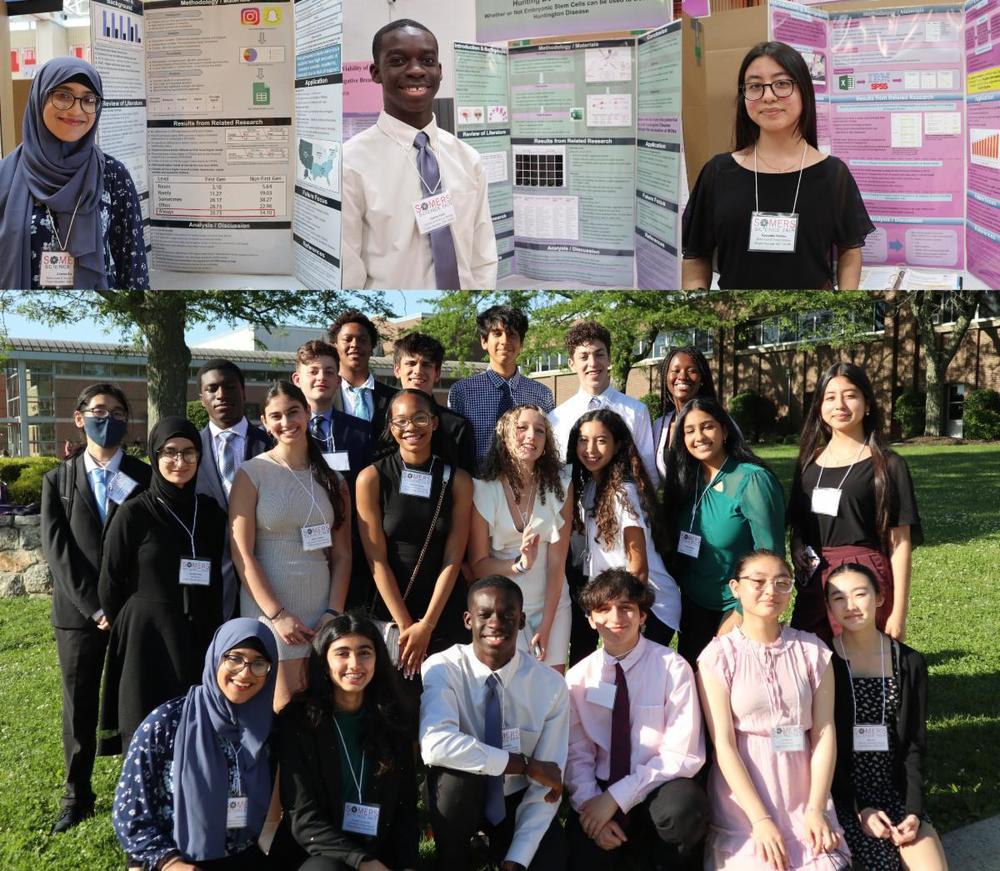 The Somers Science Fair gives first-year science research students an opportunity to share their proposed research projects. This year, there were 526 projects from 35 schools, evaluated by more than 370 judges.

Congratulations to the winners:

“When my name was called for an award – second place, for that matter – I was beyond words,” Njoku said. “All I could do was smile in amazement and shake my head in disbelief… It truly is the greatest feeling when you know you've worked so hard for something, and it actually pays off, right in front of you. When I got my award, I realized just how important my research could actually be, and how far it went beyond the science fair.”

Ramirez said, “When I was announced as one of the winners, I felt so proud of myself because we put so much time and effort into this. I felt that all the work and endless practice paid off, and my win made me feel like my proposed research on Latinas was as important to other people as it was to me.”

Zia was similarly excited: “It was exciting going to my first science fair! I really enjoyed meeting other science research students. It was especially fun presenting to a new group of people. Getting an award was definitely a plus to the whole experience. It was such an honor to be able to receive recognition for my work. It felt rewarding, as I put in so much work and spent so much time on my project. I’m so grateful to be able to represent New Rochelle. Thank you to everyone involved for making this happen.”